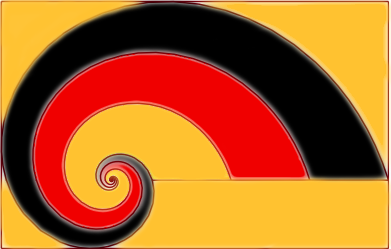 We're sorry, but all tickets sales have ended because the event is expired.

Program Description:
Differential geometry is one of the most research-intensive areas of mathematics in recent decades. It has a long tradition that traces its development back well over a century. Its current prominence stems from its position at the crossroads of many active fields such as: topology, metric geometry, analysis, partial differential equations, Lie and other forms of group theory. Its influence spreads well beyond the confines of pure mathematics to interact with theoretical physics and extends to a multitude of practical applications as diverse as engineering, robotics and computer vision.

In the first week of the program, we plan an international conference to highlight recent advances in global Riemannian and metric geometry, topology, and geometric analysis to foster communication between experts and early career researchers from Australia and abroad and identify directions to set the stage for future advances. In particular, we plan to have a problem session towards the end of the conference that will emphasise known problems in the field, but will go beyond to zero in upon new problems emerging from our discussions during the workshop. This will be beneficial to young mathematicians wanting a comprehensive overview and keep abreast of up to the minute developments and open problems.

In the second week, we plan to hold the first Australian-German workshop on differential geometry with Australian and German geometers who participated in the conference, focussing on new problems and potential directions of future research that came up in the first week. Germany has a long and strong tradition in differential geometry and there are many mathematicians from both countries who presently enjoy scientific exchange and interaction with one another. The workshop is intended to strengthen and deepen these existing connections and inspire future research and educational exchange and collaboration between both countries.

Program Details and Materials:
Below is the draft of Program Structure. Please click to enlarge.
Note: actual times may differ slightly and things may change as the workshop approaches 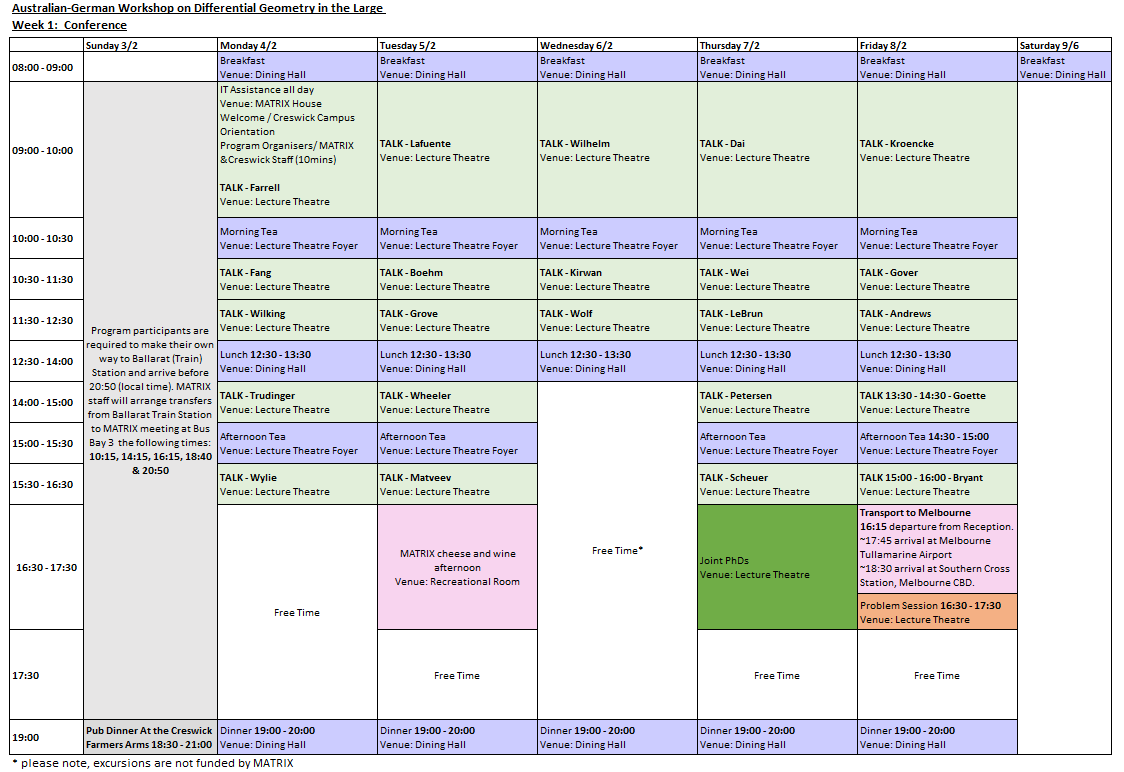 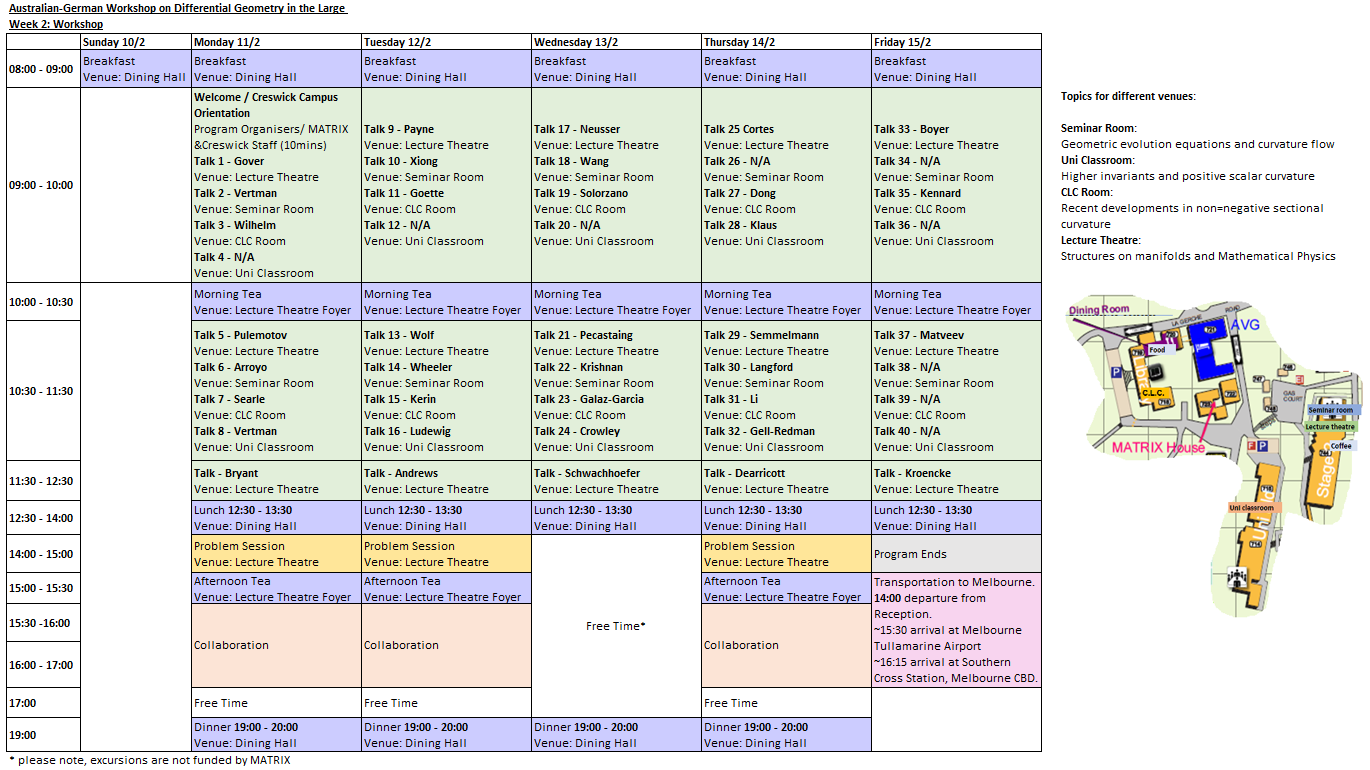 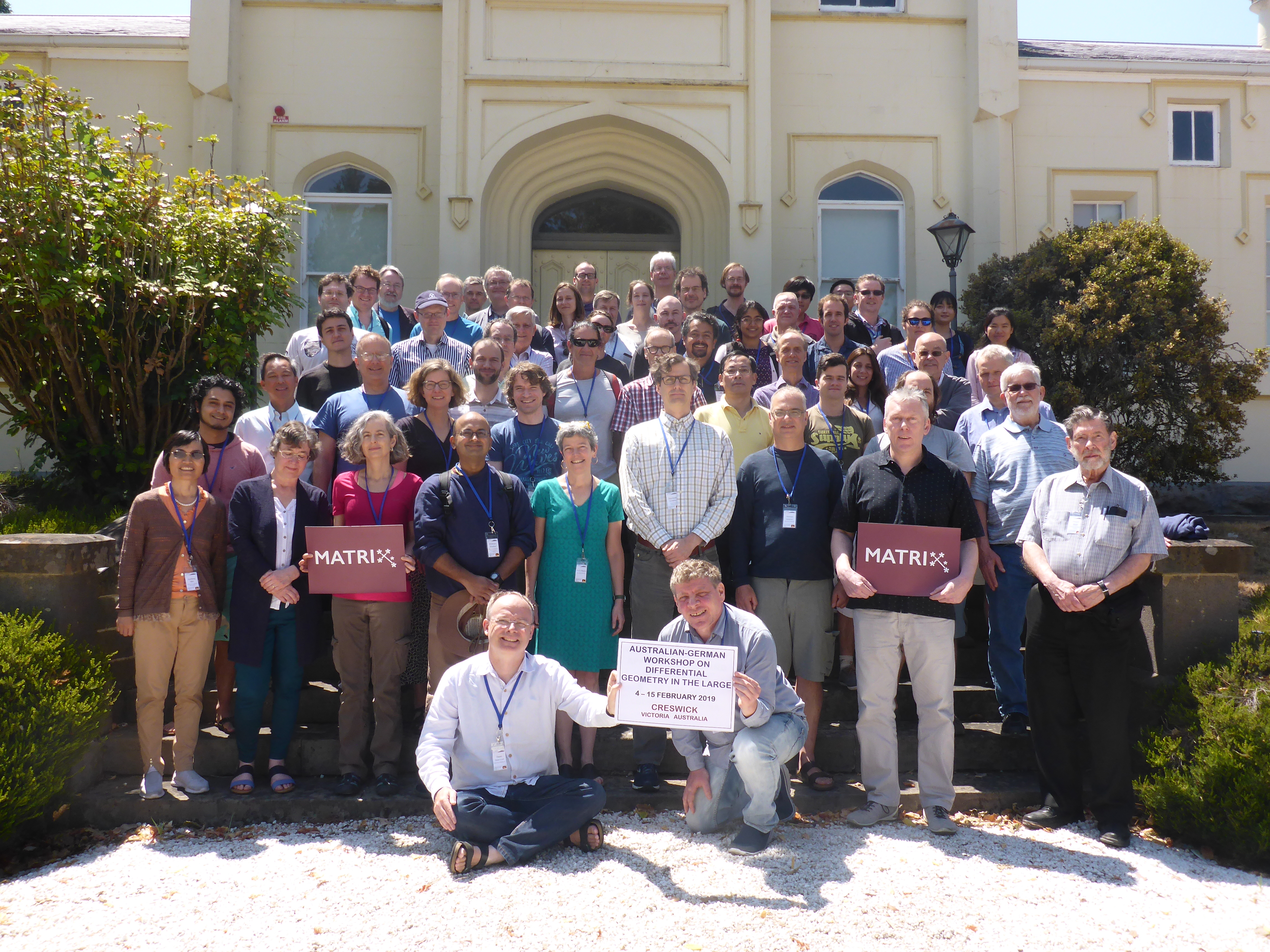 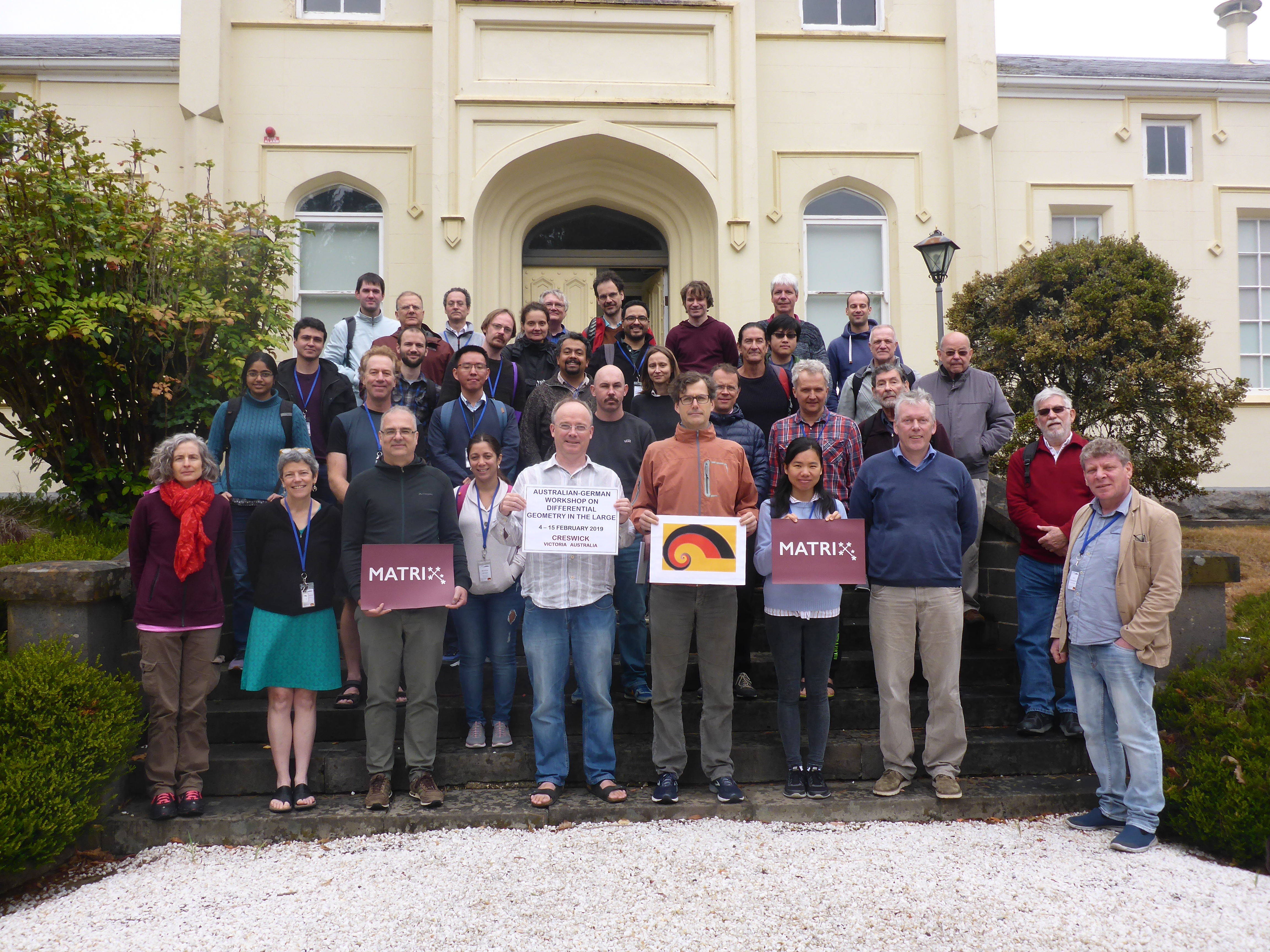 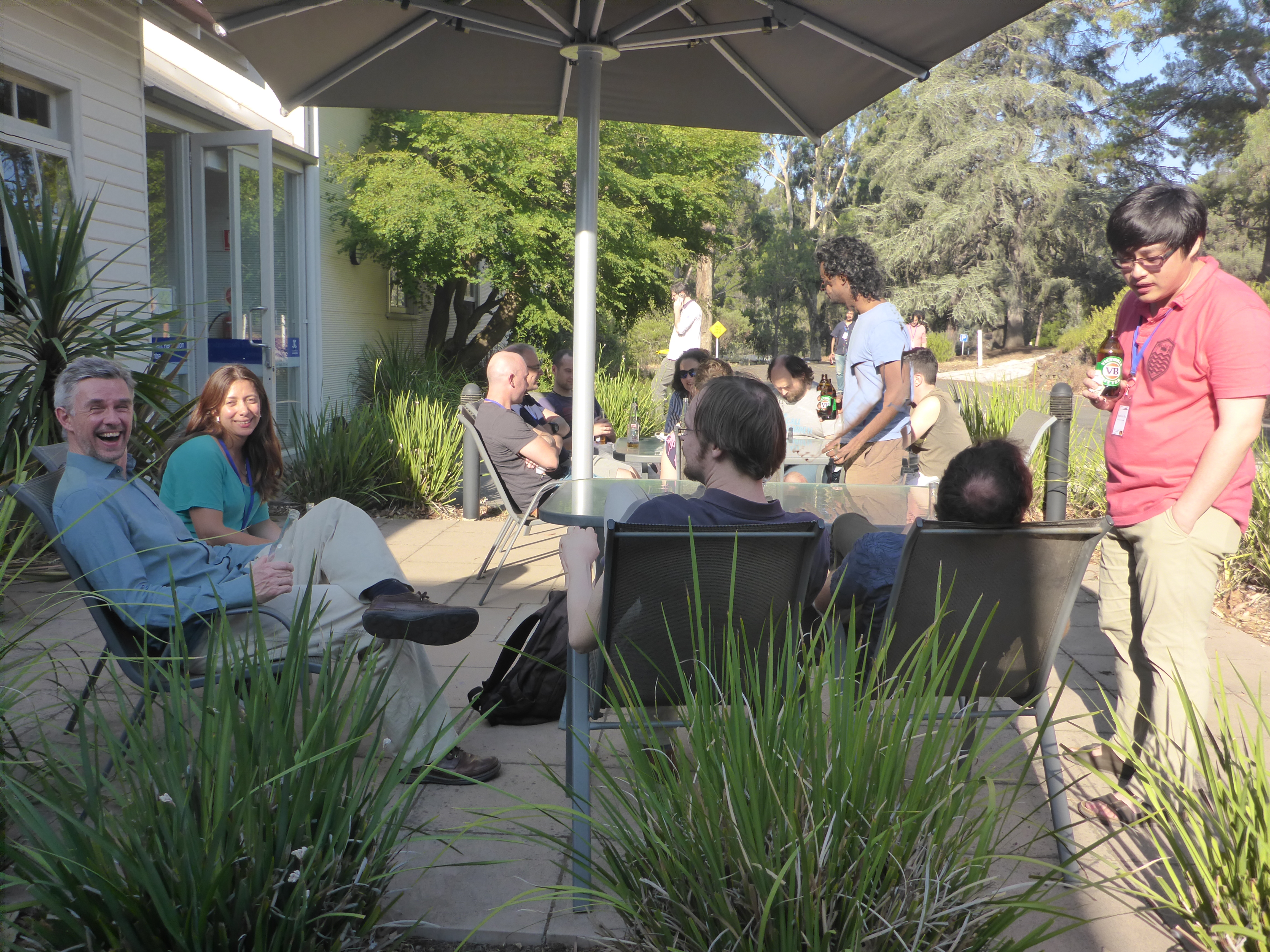 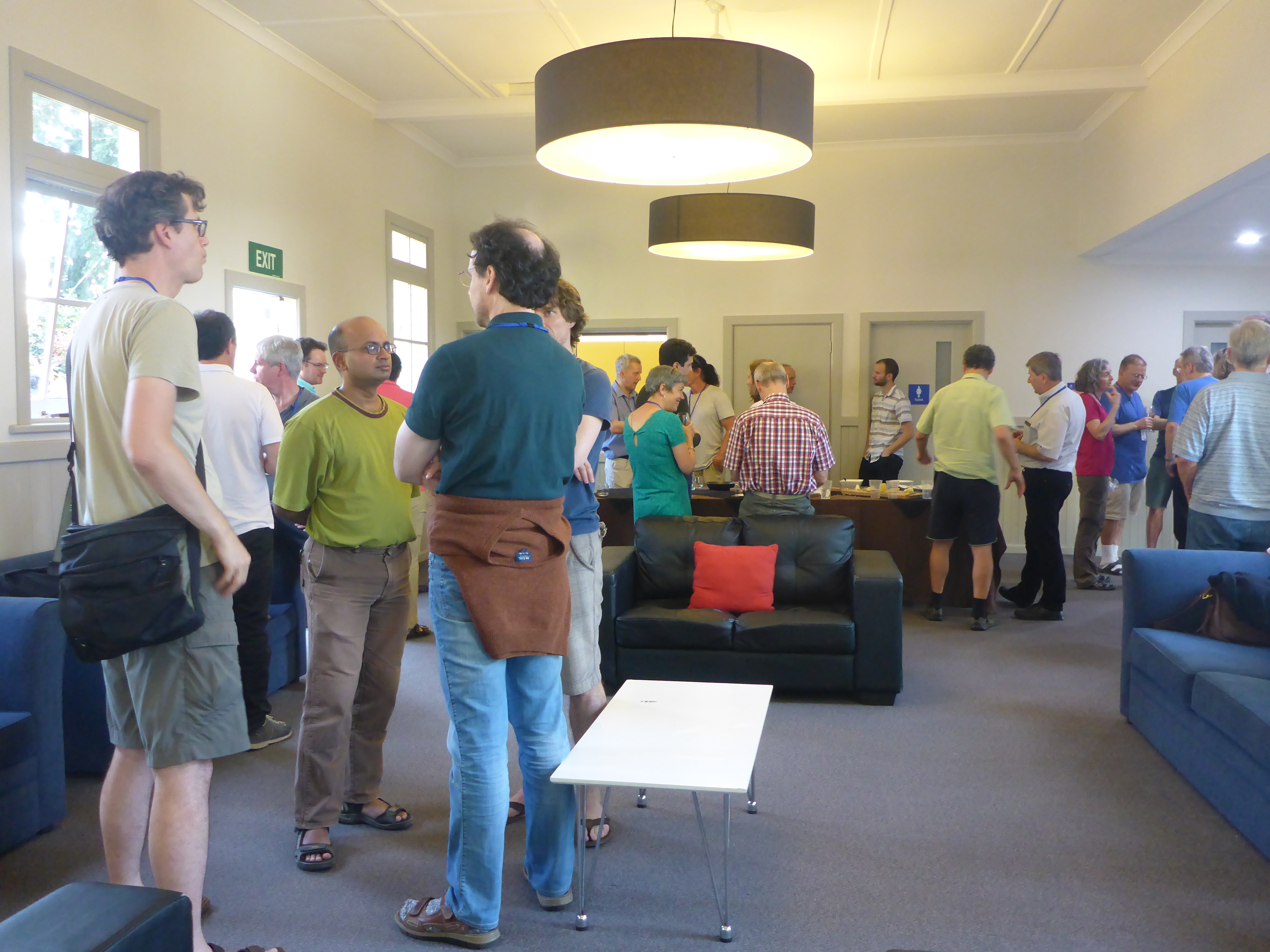 MATRIX Wine and Cheese Afternoon 5 February 2019
On the first Tuesday of each program, MATRIX provides a pre-dinner wine and cheese afternoon. Produce is locally-sourced to showcase delicacies from the region.