Key Speakers:
The lecture series will be given by three prominent researchers:

Neil Trudinger (ANU) is known particularly for his work in the field of nonlinear elliptic partial differential equations. After completing his B.Sc at the University of New England (Australia) in 1962, he continued his graduate studies at Stanford University. He was awarded a Ph.D in 1966 for his thesis “Quasilinear elliptical partial differential equations in n variables”. He is the author, together with David Gilbarg, of Elliptic Partial Differential Equations of Second Order, which was awarded the Leroy P. Steele Prize for Mathematical Exposition by the American Mathematical Society in 2008.

Connor Mooney (ETH Zurich) is a postdoctoral researcher at ETH Zurich since 2016. He received his PhD from Columbia University in 2015. In his talk, he will discuss some classical results of the regularity for minimizers of convex functionals in the calculus variations, and continue on some more recent results and open questions when the functional is degenerate convex, or the minimizer is vector-valued.

Topics include: C^{1,alpha} estimates in dimension 2 when the functional is uniformly convex (a simple proof in scalar case with maximum principle, then Morrey’s energy estimates); De Giorgi-Nash in the higher-dimensional scalar case, counterexamples to De Giorgi-Nash technique in the vector-valued case; Parabolic analogues of the above (Necas-Sverak theorem in the case n = 2, counterexample to linear estimates when n,m > 1 (M.), open questions); C^1 regularity when functional is degenerate and n = 2 (De Silva-Savin), open questions in higher-dimensional case; and Counterexamples to C^1 regularity of minimizers when n>1 and m > 1 (Sverak-Yan, M.-Savin)

During the week there will be opportunities for participants to talk about their research, and collaborate with colleagues.

Program Details and Materials:
Below is the Program Structure. Please click to enlarge. 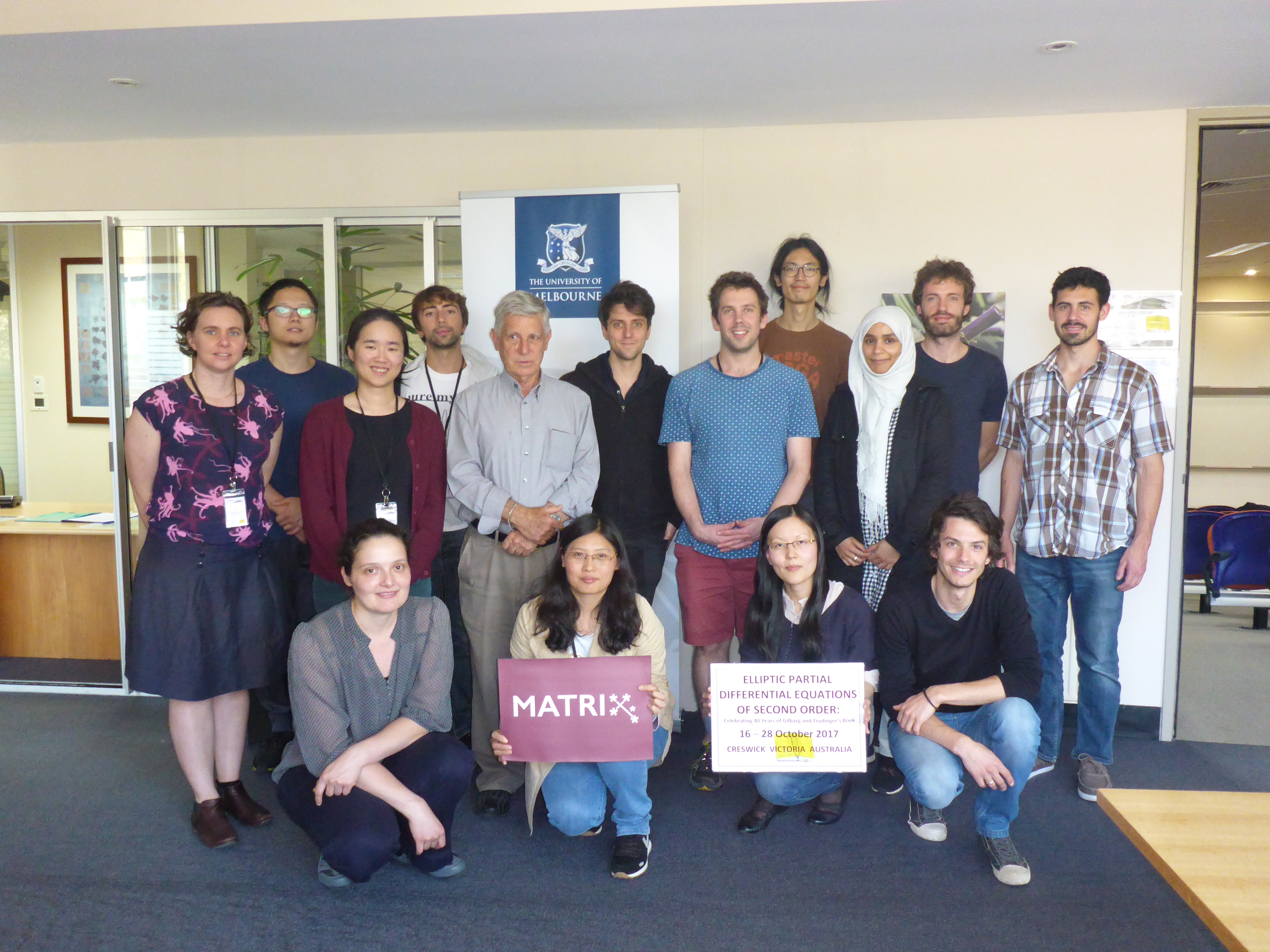