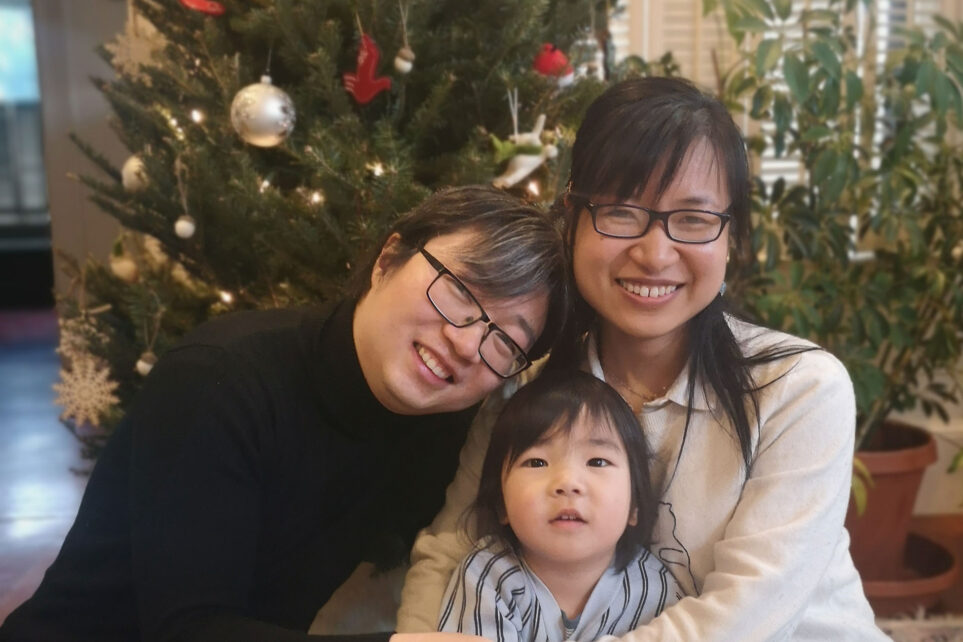 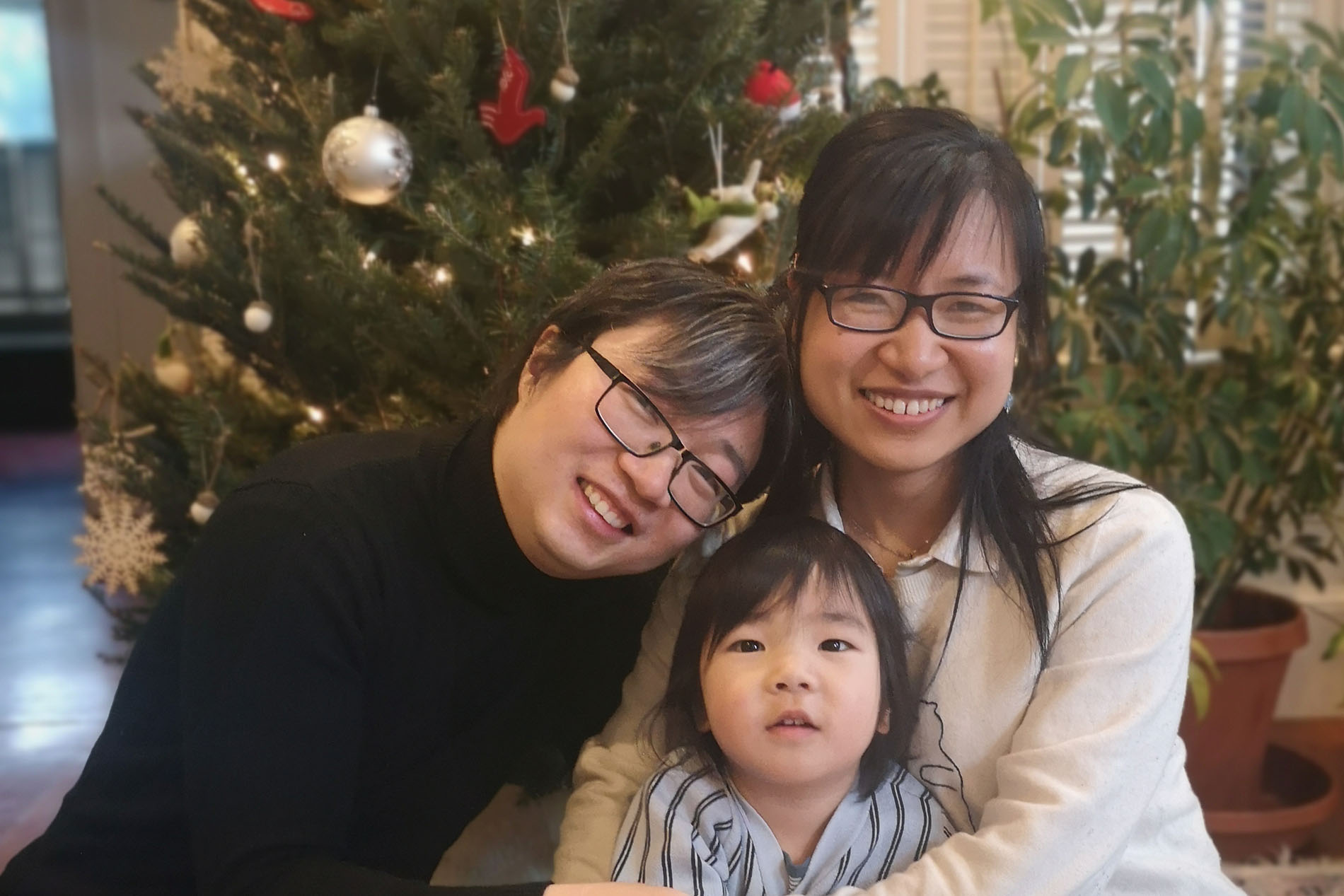 Dr Yaping Yang and Dr Gufang Zhao are both pure mathematicians and work as senior lecturers at the University of Melbourne. They were co-organisers of the MATRIX program – Frontiers in Representation Theory held in February 2022 and were awarded additional funding through the MATRIX Family Fund to support their attendance. We spoke with this academic couple who are parents to a delightful young child named Leo, right before they left for attending a conference in the US.

What aspects of mathematics do you find most enjoyable?

We are both pure mathematicians. Seeing simple and beautiful truth in mathematical formulas and theorems is an extraordinary joy to us. There are different areas in maths for example: geometry, topology, representation theory, and mathematics inspired by physics. We enjoy exploring the deep connections between those “parts”. For example, during the MATRIX program - Frontiers in Representation Theory, we aimed to explore the interaction and collaboration between Representation Theory and other central branches of mathematics. Also, there are many open questions where we enjoy exploring the answers. An open mathematical problem typically does not have an obvious solution, which makes each exploration voyage special and fascinating.

It might be difficult to balance being parents and academics. What challenges do you face the most?

We are both from oversees and do not have family support. We need to take our son Leo wherever we go. We have visited a couple of countries since we have Leo, for instance China, Japan, and Poland, for attending conferences, and will have a trip to the US soon and a trip to Japan early next year.

Yaping Yang: Being mathematicians working in the same field, the well-known “two-body problem” also applies to us of course. There were times we had to live in two different countries because of the job situations. Like in year 2015, I was in Amherst, Massachusetts, and Gufang was in Paris, France. In year 2017, I was in Melbourne, and Gufang was in Vienna, Austria. So, we feel extremely lucky that we can now work in the same city and country, and even at the same university.

Gufang Zhao: As a couple who also collaborate at work, we have been trying to define boundaries between work and life. This is not as easy as it sounds. When we were in graduate school together, we used to talk about mathematics all day around. After a few postdoctoral positions, I joined Yaping at Melbourne in 2018, and we had Leo the year after. Leo is now 3 years old. Having him around certainly helps to balance work and family life.

How did you and your son Leo find your time in Creswick while participating in the recent MATRIX program - Frontiers in Representation Theory?

It was a memorable trip because it was the first family trip post COVID. It was a pleasant feeling to finally be able to attend a program in-person and talk about maths. That was a 2-week program. We had a lot of interaction and discussion in the afternoons. So, it was a productive 2 weeks.

Leo also enjoyed his stay at Creswick very much. He was excited to see kangaroos in the morning and had a fun time picking wild berries in the woods. Also, thanks to MATRIX’ support, we were able to hire a nanny between 9am-5pm while we both attended talks and discussions. After 5pm, we picked him up and had a joint dinner with the participants who stayed on the Creswick campus.

“Support from MATRIX via the MATRIX family fund is much appreciated”

For us, attending a research program for a longer time is valuable and important. We like to put our own “problems” on pause and to have a “break” to intensively learn from others. This helps extend our spectrum of knowledge and ways of doing maths.

Via the MATRIX family fund, MATRIX provided great support to us. We had a family friendly accommodation and hired a nanny to care for Leo. Support of this kind is rare elsewhere, although it is becoming more common than used to be. It makes an enormous difference to a young family like us.

An Interview with Dr Christopher Raymond