An Interview with Professor Jessica Purcell 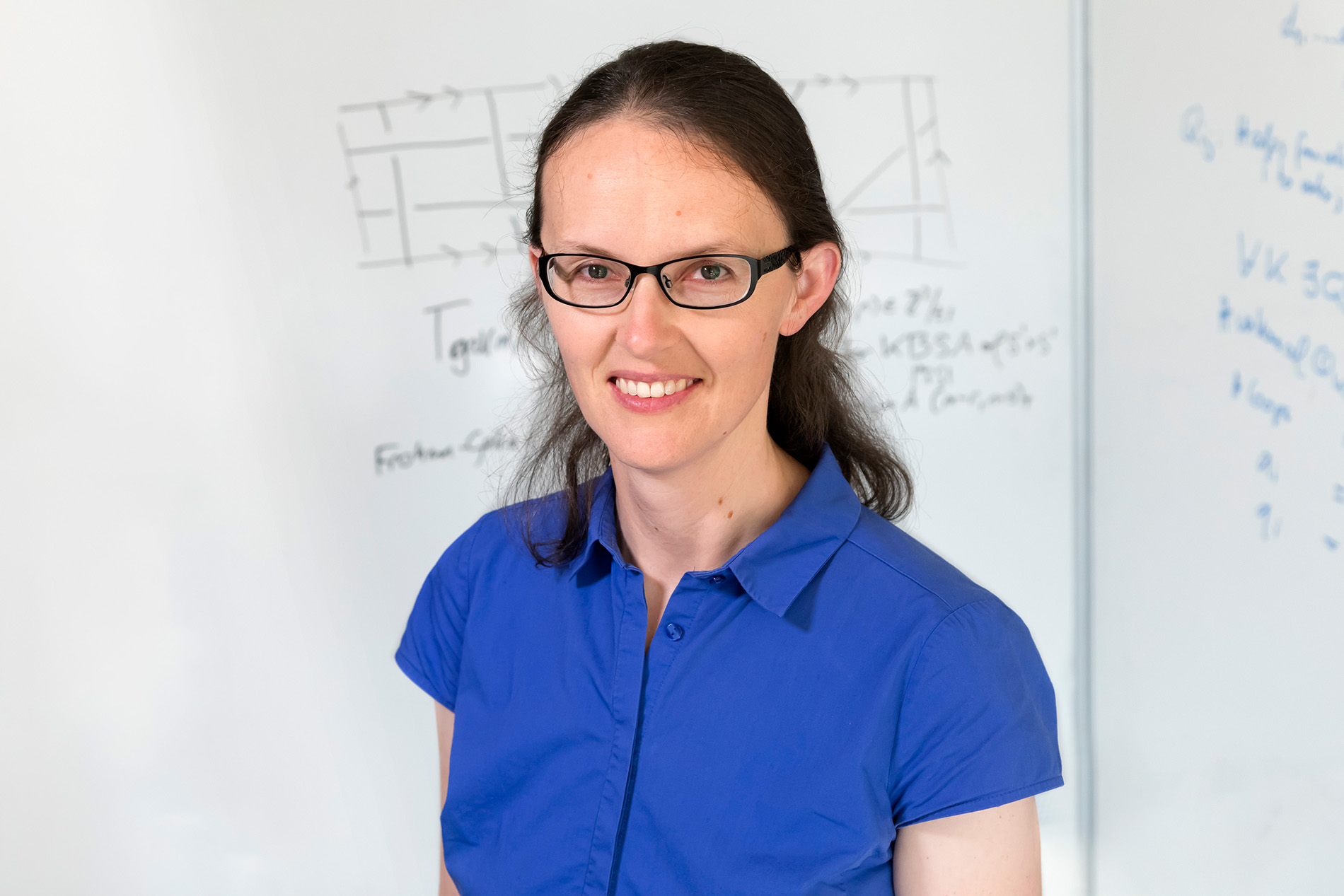 Jessica Purcell, a donor and a friend of MATRIX, is a professor in the school of Mathematical Sciences at Monash University. She grew up in the United States and came to Melbourne on a sabbatical to work with a group of researchers and has loved living here ever since. MATRIX interviewed her before she takes up her new role as President of the Australian Mathematical Society (AustMs) in December this year.

Did you find mathematics along the way, or did it find you as you grew up? Did it always seem like a dream career?

I liked Mathematics and always thought it was fun. In high school it is generally not cool to like Mathematics. On one of the first days of school my high school calculus teacher came in and said we are going to have lots of fun in calculus. And well, you know, we are all teenagers we roll our eyes. And he called us on it and said: “I know that you would never have made it to calculus, to this level of mathematics, in high school, if you did not think it is fun. So, I know, you cannot say that out loud.” This is when I allowed myself to acknowledge that I liked mathematics. However, I did not really think that you could be a professional mathematician, just do mathematics for the purpose of doing mathematics.

At university I also liked computing. Towards the end of my degree in the US (United States) I was still considering Computer Science, a way to have a stable job instead of pursuing competitive, challenging mathematics. Something that made a substantial difference for me was a major national award in mathematics in my final year at university. This was a surprise to me, and it completely changed my attitude. I mean, I was doing well at my university, but I could not see that I would be able to compete at a national level. And, well, it made me think I should try it, I should keep doing it. And so, I did.

Among the MATRIX programs you have attended or co-organised, which ones stand out most to you?

I co-organised a workshop in September 2021 that was joint with Oberwolfach in Germany. There was an idea that we would be a group that was in person at MATRIX and then another group that was in person at Oberwolfach. Talks would be broadcast. Because of the lockdown, the MATRIX version of that ended up being online but that turned out surprisingly well. One of the program co-organisers, Professor Stephan Tillmann, had promising ideas and people were willing to work in this format and across different time zones. We also had some specific mathematical problems that we worked on. There was one Australian group that ended up writing a very insightful paper on knot theory on different manifolds as a result of these lockdown discussions.

In January and February 2022, I also co-hosted a workshop with my colleague Dr Andy Hammerlindl - Dynamics, Foliations, and Geometry II.  The borders were still closed enough that the only people who could come in were Australians. But we did have a counterpart in Europe, a workshop that took place in Regensburg, in Germany, in the same week. We broadcast their talks and they broadcast ours and then we had lots of time for collaboration in the middle. It was the first time we had been able to really get together in two years. This was the first conference that my COVID students had been to. One of my students was from Brazil, who had been in Australia for two years and had not seen a kangaroo yet. Go to MATRIX, and there they are, bouncing along the lawn!

More recently there was a workshop, the GT^3 - Graduate Talks in Geometry and Topology Get-Together - that was completely organised by PhD students. I spent a day there and that was really, really good. My students also reported very positive things and several projects coming out of that.

How effective are opportunities such as attending a MATRIX residential research program for establishing new connections and facilitating your research, e.g., in comparison to conferences – in person or online?

The residential research programs are much better because you can fully immerse yourself in mathematics. You are there in person and you are talking, bouncing ideas off each other. Online conferences also have a place, but it is difficult to focus if you are working from home. Your home is there with you, and it is hard to work around that. Also, some of the casual conversations are much more difficult to have when you are online.

I traveled to Texas this past winter. It was one of the first conferences I had been to in a while. There were a couple of hundred people there. Really strong researchers, inspiring talks. However, there were so many people, it was challenging to have quiet conversations around mathematics. You still could make them happen. However, a residential program at MATRIX with a small group, with 20 targeted people and specific problems to think about, can lead to more conversations and possibly more collaboration. Residential programs provide excellent opportunities to generate ideas and pursue them.

New ideas arise mostly in personal discussions, at places where you can sit down across from a whiteboard and talk about a particular problem. Once you have that, you can take them back to your institutions on different sides of the country or even different sides of the world. You can send emails back and forth. You can see, “Oh, there is a gap there," and work on that separately. In person, in a small group, however, is where most of the actual ideas are generated.

Do you have any advice for junior or female mathematicians, which may help them pursue this career or could be helpful for their future careers?

I do not necessarily have advice for somebody like that. But the advice that I would give my past self is: Enjoy it while you can. Just try it. Mathematics is a competitive career. It can be challenging. There are more people who want to be postdocs than there are postdoc positions and there are more people who want continuing positions than there are continuing positions. And a lot of it is luck whether you get the position or not. But that is not a reason not to try. You may question yourself: What if it does not work? What is my backup plan? Just try it and see what happens and then figure out a backup plan, I guess.

There are also many things in a mathematical career that are passed on by word of mouth. Hence, it is important to talk to people and have those conversations. There are people out there who are very friendly and who would love to see you succeed.

As the Incoming President of the Australian Mathematical Society (AustMS), what are you hoping to accomplish?

But then it is also about people. For me, to keep the good people that we have and to encourage the good people that we have is most important right now for mathematics in Australia. Because good people do good mathematics and good mathematics builds upon itself. It is about inclusivity, it is about culture, and it is about helping people. It is about helping early career academics to develop their full potential, to pursue an academic career within Australia. A general concern is appropriate funding: the Australian Government puts less money into discovery research per capita than any other comparable country.

We also need to bring diversity. We have already gone a long way, but we still need more women in senior academic positions. It is tiring to realise “Apparently, I am the only woman in this room representing all womanhood.” It is quite different when you go to a conference and say: “Wow, a third to a half are women in this room, I can just enjoy the meeting. I do not have to be proactive about anything.”

The Impact of Donations